11th century Norman castle, now open to the public as a tourist attraction. 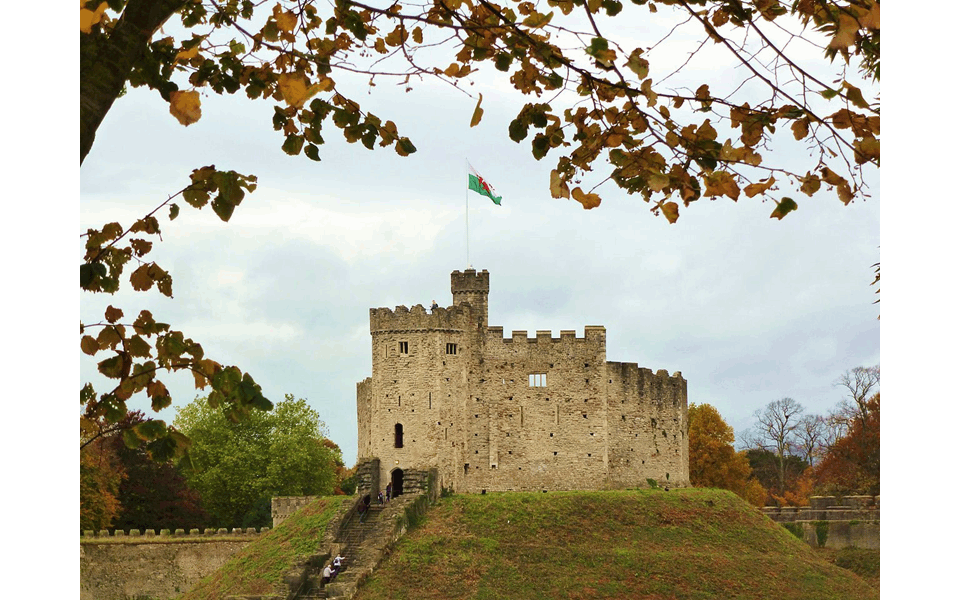 The site of Cardiff Castle has a long history dating back to a Roman fort built in the 3rd century.

In the late 11th century, following the Norman invasion, a motte and bailey castle was constructed.

During the 12th and 13th centuries, the castle was rebuilt in stone by the Earls of Gloucester, and further defensive modifications added.

In the 18th and 19th centuries, the castle was remodelled first as a Georgian mansion with the grounds landscaped, and then into the Gothic revival style
by the third Marquess of Bute, John Crichton-Stuart.

Following the death of the 4th Marquess of Bute, the castle and much of it's lands were given to the City of Cardiff and since 1974 it has become one of Wales’ most popular visitor attractions.